Given recent developments, it’s difficult to see Russia as anything other than a large bully and a terrorist state. Their forces are barely holding their positions, while Putin is holed up in some deep subterranean bunker, debating whether to commit suicide now or wait for the bounty hunters to arrive.

Russians have fought in innumerable battles throughout history, but it’s crucial to note that not all of them ended happily. Let us recall some of Russia’s most egregious military missteps!

Let me begin by saying that Kyivan Rus was a forerunner of modern Russia and many other European countries. The Rus were a confederation of princes based on the city of Kyiv, which was called for prince Kyi (not Kiev). It was essentially a European Union, except with horses, spears, and arrows instead of swords. The Mongols conquered lesser kingdoms left, right, and Centre in the thirteenth century. The Mongols dispatched a courier to Kyiv one day, instructing the princes to prostrate before the Horde. The princes laughed at the alleged threat and murdered the messenger. What right do these Mongols have to threaten the noble princes? To cut a long story short, the nobility raised a massive army and annihilated the surprisingly weak Mongol soldiers. However, greedy proto-Russians pursued the retreating invaders, only to be attacked and murdered by the Horde. Even those who surrendered were murdered and buried beneath the camp. Absolute carnage!

Moscow rose from the bogs 120 years after the fight on the Kalka River, and even began to resemble a promising small city, but it remained under Mongol domination and was governed by a puppet noble – prince Dmitriy Donskoy. Dmitriy had grown tired of being told what to do and resolved to kill some Mongols. Such activities infuriated the Asian overlords, who dispatched Prince Tokhtamysh, their own Terminator, to teach Dritriy a lesson. He besieged Moscow for three horrible days before raising the white flag. Tokhtamysh’s swordsmen massacred the half-witted Moscovites as they rejoiced and unlocked the gates. By the way, Donskoy wasn’t even in Moscow at the time, but when he returned, he saw only a burnt corpse, and his beloved city crashed into the ground. 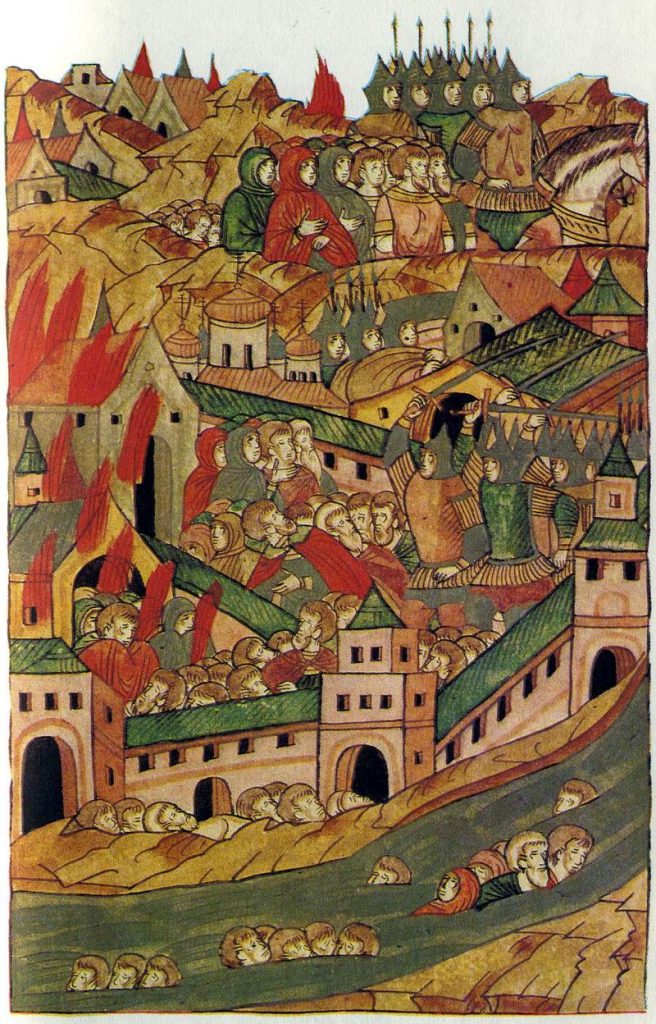 Many of you will find this particular case very interesting. In 1853, Russia was so worried about the Orthodox Christians on the Crimean Peninsula that were part of the Ottoman Empire that they decided to simply invade and free the poor citizens from the evil Sultan. The Turks were not pleased with such actions and declared war on Russia. France and Britain were also involved and understood the bets of this war. If that is not stopped, Russia will spread its “peace” all over the world! Except for the details of the battle, let’s say the Russian army has lost more than a million Black Sea-based soldiers and all their ships. They will return to Crimean in 2014 and will soon be kicked out like the mangy dogs they are in.

Unable to destroy Britain and France in the west, the sneaky Germans decided to ruin at least Russia in the east. They maintained their position in Galicia and evacuated large numbers of artillery and soldiers from the Western Front. The attack was swift and deadly, resulting in the complete annihilation of the Russian army. 140,000 were taken prisoner and less than 1 million were killed or injured. The rest of the Russians ran east, leaving all of Poland and Lithuania to the Germans. 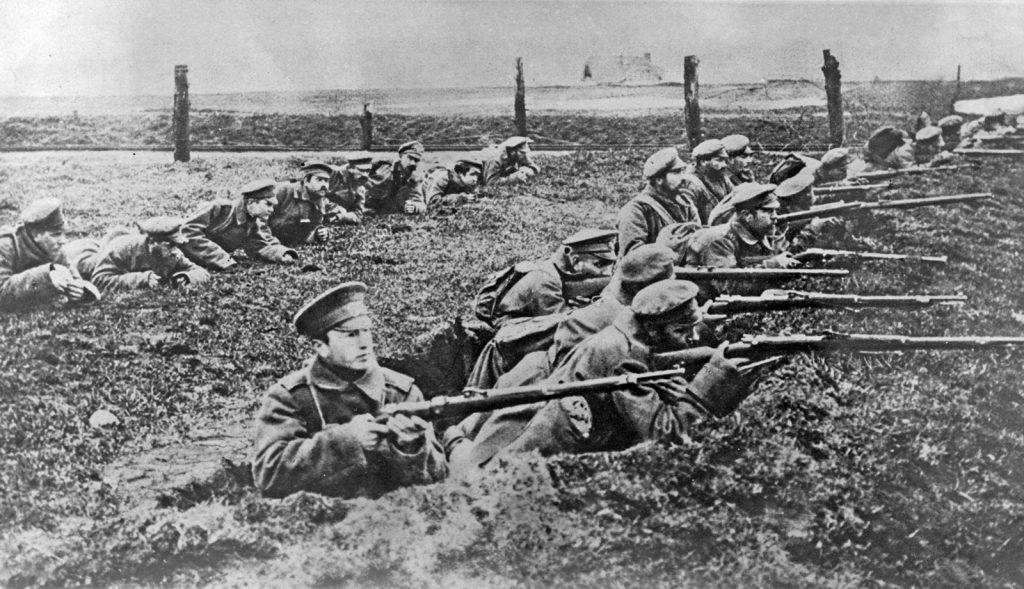 Grozny was bloody. Initially, Russian General Grachov boasted that only paratroopers could occupy the city. But, as he finally realized, he wasn’t enough to break the courage of the brave Chechens, even with 38,000 soldiers and hundreds of tanks. The Russians suffered two years of pain as the general did not ponder the battle plan, and unfortunately Grozny was completely killed. The Russian Air Force bombed cities to intimidate resistance fighters, but the bombs so polluted the streets that tanks could not cross them. No tanks-no artillery support. In short, I say the general was wrong. Russian orcs, like the Chechens, were unaware of the city and were often ambushed and killed. In just a few hours, Chechen resistance destroyed more than 400 tanks and armored vehicles, not to mention thousands of soldiers. 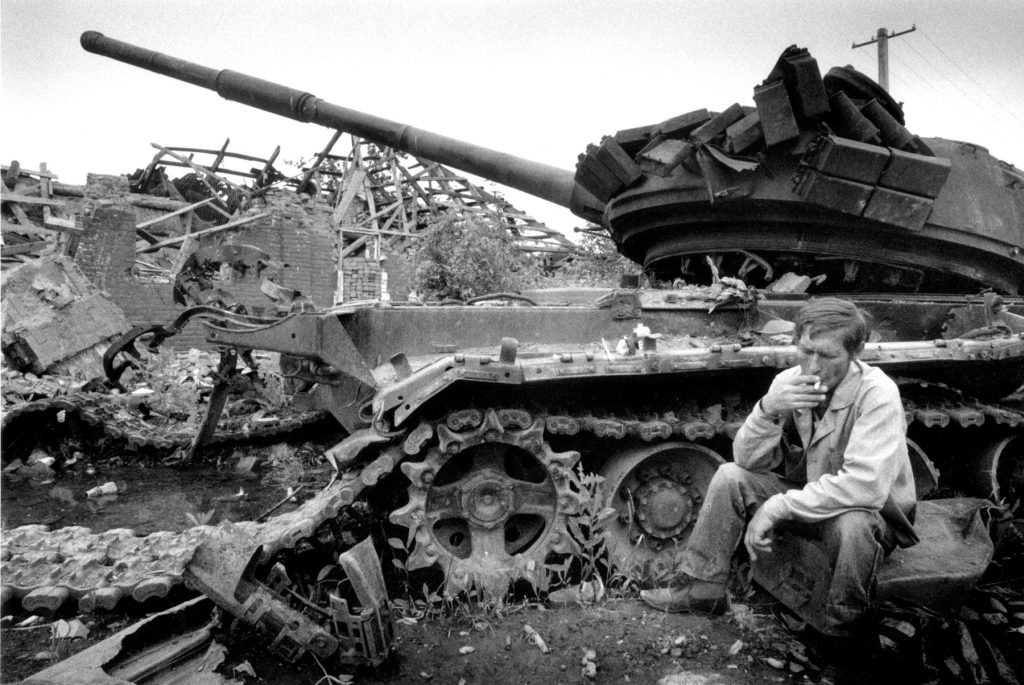 Twenty-eight years after being humiliated by the Chechens, the Russians invaded Ukraine to “blame the country and prevent the Russian genocide.” At least it’s Putin’s official story, and no one really believes it except the brainwashed Russians. It is clear that as the war intensified, Putin’s villains chewed far more than they could. According to the confiscated plans of the captured soldiers, this was a three-day blitzkrieg. I go in and out before dinner. The Russians really believed that if they started bombing citizens, the whole country would collapse in front of the new ruler. Well, hard cookies! Twenty-five days after the invasion began, more than 14,000 Russian soldiers were killed and thousands of military vehicles and jets were burned to the bones. To make matters worse, thanks to all these sanctions, the Russian economy is collapsing faster than shooting stars. Even if some wild accidents allow them to “win” the war, they are still losers. It was always, it will always be. 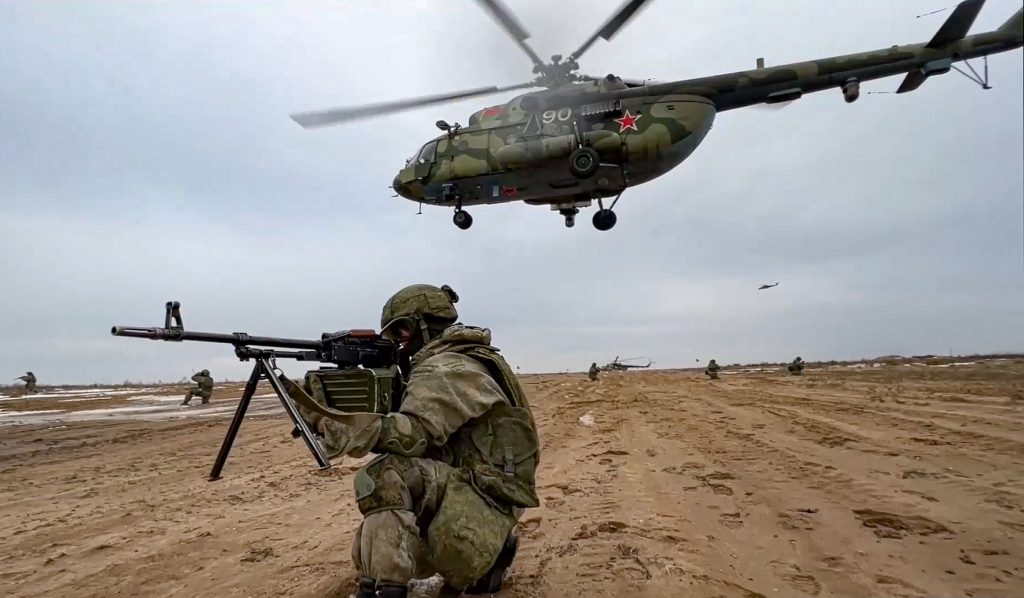 What happens if we don’t file ITR?

Superstitious Practices in India – Are these Mythological Beliefs fortunate?

10 World Famous Animals You Need to Know About

Top 7 Things To Know About the Taliban

Top 6 Most Fearless Female Daredevils (Stuntwomen And Performers Throughout History)

7 Tourist Attractions That Are Actual Torture for Animals

The Top 11 Most Beautiful Animals In The World Advertisements

Kedarnath Dham- A Journey to heaven and Back