Today we are used to every fairy tale ending with, “and they all lived happily ever after.” But that’s not how the original stories usually ended. Many of the old school, pre-Disneyfied fairy tales took a much darker turn. And that’s mostly due to how creepy and terrifying the villains were. Old hags, evil queens, malevolent sorceresses are all much more terrifying in the classic tales than their modern Disney cousins.

How petty do you have to be to curse an innocent baby just because the royal family forgot to send you a dinner invitation? The recent Disney movies have tried to make Maleficent more sympathetic by adding extra twists to her character, but that very first witch from the book will always remain the petty old hag.

We all know the story about the crystal shoe, the pumpkin, and the loving family who’s always there to support Cinderella. Hah, as if! The stepmom was a real B and only cared about her own daughters, so when in the classic version of the story, the Prince was riding around trying to find the shoe’s rightful owner, mommy dearest chopped off her daughters’ heels and toes to make the slipper fit. That’s when the wild pigeons appeared and plucked out their eyes. Gotta love the gory ending!

The story of a girl and a hungry wolf has been circulating in Europe since the 14th century. The contents of the basket changed depending on the area, but the story itself is much crueler. Having killed the grandmother, the wolf not only eats her but cooks her meat and blood to treat Little Red. Hiding under the blanket, he watches as the little girl devours her own grandmother, and after she can’t eat anymore, she obediently hops on the bed, where the ever-hungry maw is waiting for her tender meat. In most versions, this is where the story ends, and that’s probably for the better.

The original Little Mermaid is really messed up. If you think the Disney version of the whole “Ursula casting a spell while singing” looked visually unnerving and even a bit creepy, just wait till you find out what happened in the classic tale. The Sea Witch not only stole Ariel’s voice in return for the ability to walk on land, but she also made it so that every tiny step felt like she was stepping on razor-sharp blades. On top of that, Ursula added a few extra conditions to make sure the little mermaid would suffer as much as possible.

5. The Queen from Snow White

We don’t need to ask the Mirror who’s the most jealous of them all because it’s obviously the evil Queen. She just can’t stand that Snow White is becoming “the fairest one of all,” so naturally, the Queen plots to kill her. After the Huntsman failed, the old crone turns herself into an actual old hag and tries to murder the poor lass, getting denied by the dwarves time and time again until Snow White bites a cursed apple and takes a long nap. If Disney’s idea of a karmic punishment was throwing the witch off a cliff, the classic tale had a much more cathartic ending. The Queen is invited to the wedding and then is forced to dance in red-hot iron shoes until she drops dead.

6. Witch from Hansel And Gretel

The story about two kids getting lost in the forest and finding a hut made of sweets is an excellent cautionary tale about gluttony. Especially when you add the fact that the gingerbread house was put there by an evil witch who loves giving away candies, milk, honey, apple pies, and other amazing treats to children. Of course, there’s a small catch – the witch only does this to plump up the poor unsuspecting kids before she bakes them in a giant oven. If that’s not messed up, I don’t know what is. 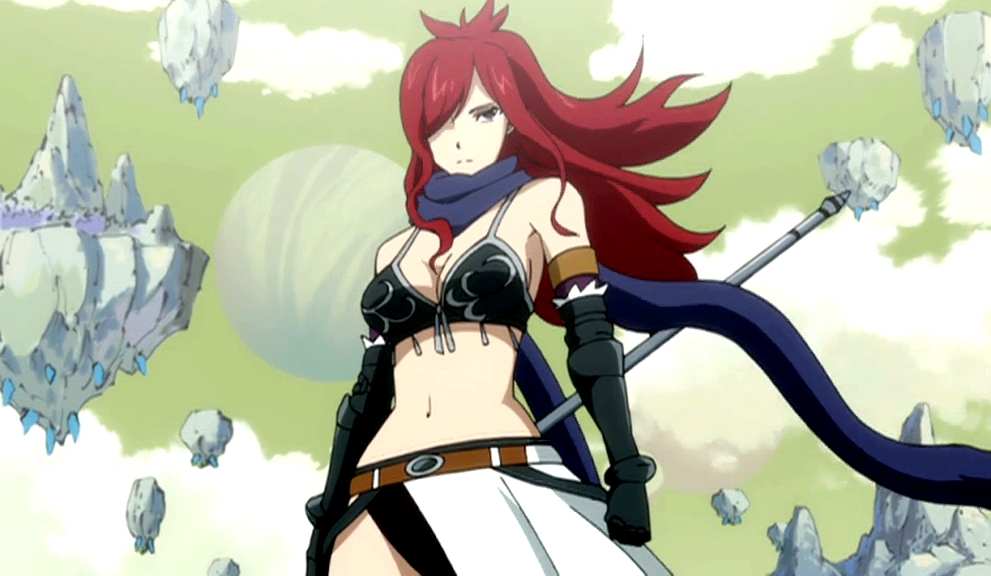 Erza has always been one of the mainstays of Fairy Tail, and one of their most powerful wizards. She’s been in line to be considered one of the Ten Wizard Saints of Fiore, and she’s completed countless difficult S-Class missions.

So when the team visited the alternate world Edolas and meet otherworld versions of themselves, learning Erza’s alternate version was a villain was something that caused a bit of concern. Unsurprisingly, Knightwalker was able to battle the real Erza until their fight reached a standstill. Powerful and bloodthirsty, the only weakness this version has is she’s unable to use magic like the original. 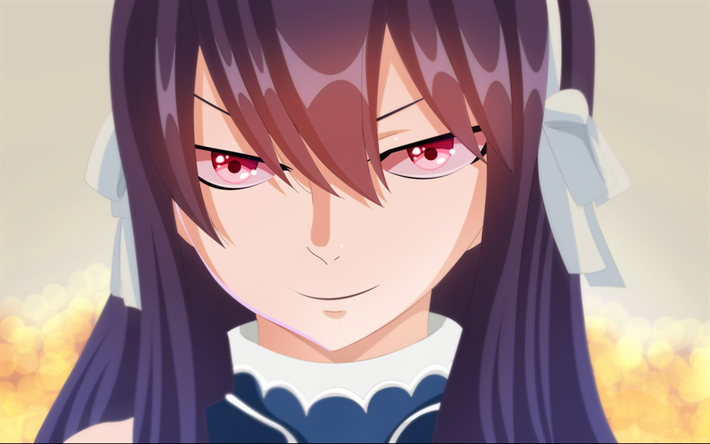 Part of the reason Ultear ever became a villain in the first place was that she had far too much magic for her own good. Her latent power left her ill as an infant, and her mother Ur’s attempt to help her resulted in Ultear being kidnapped by the organization, experimented on, and having her powers increased. 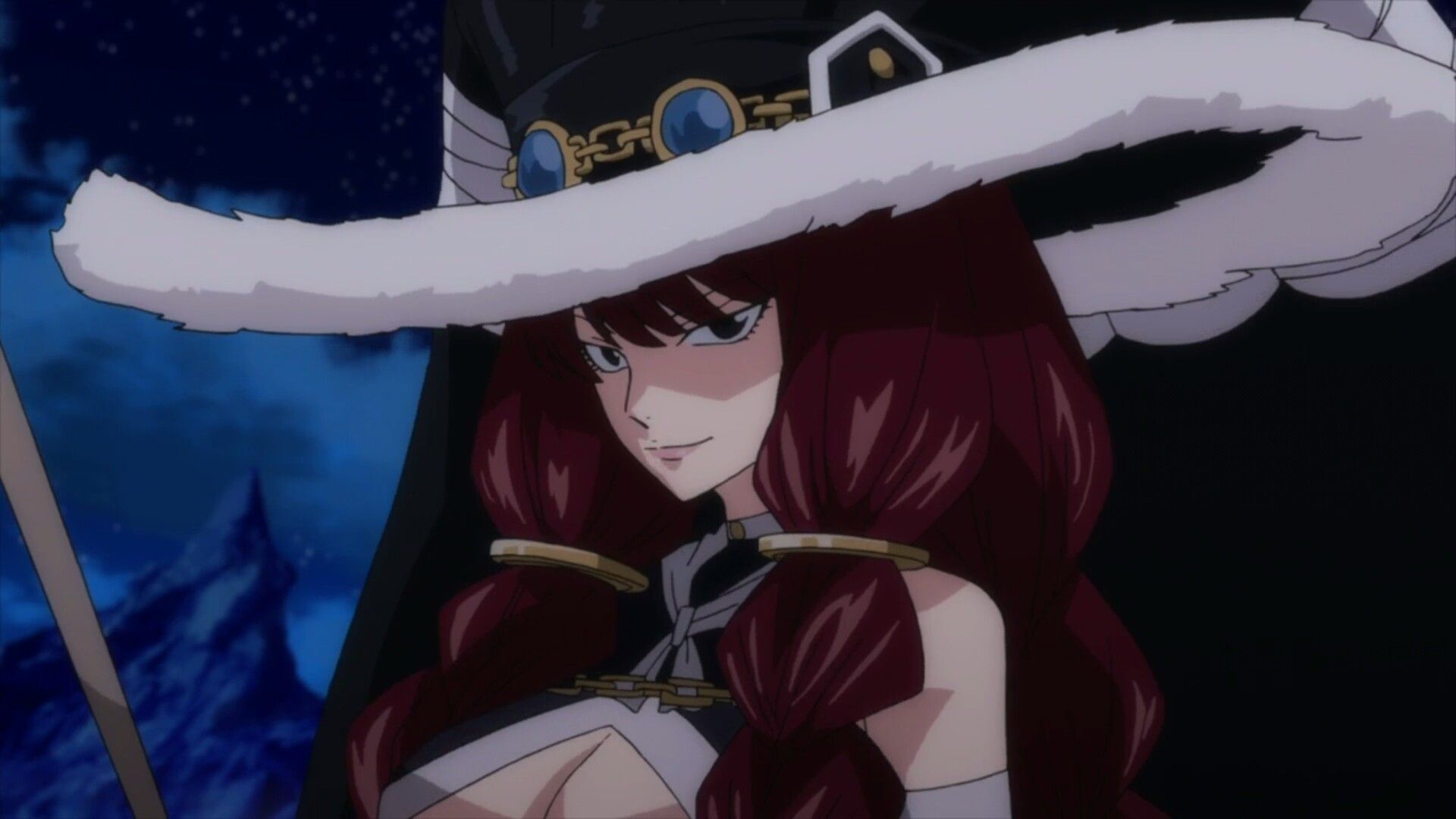 The Mother of All Dragons…and Erza Scarlet. It’s no wonder Irene is considered one of the most powerful members of the Spriggan 12, an organization where nearly every member is more powerful than the vaunted Ten Wizard Saints of Fiore. Irene was the woman responsible for developing Dragon Slayer magic to begin with, and its power gradually turned her into a Dragon as well. 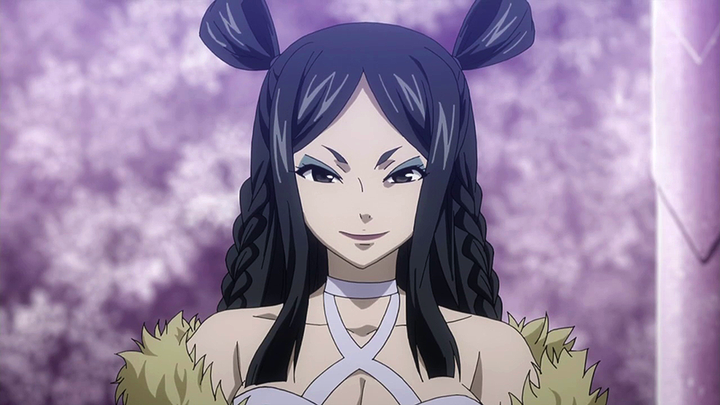 Minerva is the type that thinks of herself as royalty and expects others around her to treat her as such. Her superiority complex is coupled with intense sadism, taking joy in causing her opponents pain. It doesn’t take much to get on her bad side, and even the smallest of humiliations is enough to make her spiral out of control.

Minerva will take any opportunity to justify her sense of pride and has no issues fighting dirty. This even overrides her loyalties to any guild, as she left the Sabertooth Guild to join a Dark Guild and then to forsake her own humanity to become a demon. While Minerva does try to redeem herself in the end, her previous actions make forgiving her difficult.

Top 8 Times the Course of History Changed By Weather

Top 6 Most Fearless Female Daredevils (Stuntwomen And Performers Throughout History)